The municipality of Calasparra is located in the northwest of the Region of Murcia. It has a surface area of ​​193.6 km2 and its population, dated 1-1-2017, is 10,214 inhabitants. The physical and natural environment of Calasparra is characterized by the alternation of mountainous units and a series of basins that run up to four rivers, Alhárabe, Argos, Quípar and Segura, which means that the agrarian sector is the most important in the municipality and the most recognized product is Calasparra Rice. The canning, metal carpentry or wood industries occupy another percentage of economic activity. Finally, the service sector is of great economic importance, and is closely related to the growth of tourism in the municipality.

Calasparra has a series of tourist attractions, together with its good weather, which make tourism a continuously growing sector. There are very beautiful places such as the Vega del Segura, where you can visit the rice fields, the Sanctuary of Our Lady of Hope, the Forest Gallery, the Cave of the Port, the Canyon of Almadenes, the tourist routes through the museums (Museum del Arroz, Arqueológico and Fundación Emilio Pérez Piñero) and for tourist attractions such as El Castillo, El Molinico, Los Arcos de la Rambla, or Las Pinturas Rupestres, which make Calasparra a tourist destination.

As for the history of the municipality, it should be noted that many traces of the passage through this territory of many cultures are preserved. From the Eneolithic period (around 3,000 BC), the Cave Paintings of the Abrigo del Pozo stand out, considered a Site of Cultural Interest by the Historical Heritage Law and inscribed on the UNESCO World Heritage list. From the Bronze Age it is necessary to point out the settlements in the Cabezo de los Frailes and in the Castillico. From the Iberian culture there are remains of a town in the Cabezo de la Virgen. Numerous archaeological remains have been found from Roman times, especially in the area located next to the Quípar river (in a place called Gilico, very close to some iron mines).

In the area known as “Villa Vieja” there was a nucleus of population or Muslim farmhouse, documented by Arab geographers since the 12th century, who knew how to take advantage of the natural resources of the environment with the introduction of irrigation systems and a highly important agricultural economy. The Muslims built the Castle of Calasparra in a strategic watchtower from which all the access roads can be seen.

With the advance of the Christian reconquest towards the Muslim territory, the Kingdom of Murcia was incorporated into the Crown of Castile in 1243 with the Treaty of Alcaraz by which the Muslims of the Kingdom of Taifa of Murcia became vassals of the Kingdom of Castilla and the Christian troops established a military garrison in all the fortresses to defend against attacks from the neighboring Nasrid kingdom of Granada. In that year, in a document that the Infante D. Alfonso made in Murcia, it appears that Diego Alfonso de Rojas had the place of Calasparra for his military defense in the first moments of the recovery of the Kingdom of Murcia. In the year 1264 the Murcian Mudejar revolt took place, which King Alfonso X el Sabio had to confront, with the help of troops from the Kingdom of Aragon. The Mudejar uprising was quelled in 1266. In a Privilege of that same year of King Alfonso X the Wise, the limits of the Bishopric of Cartagena were determined, among these limits Calasparra was included with its terms.

Finally, on June 9, 1289, King Sancho IV donated the Castle of Calasparra and all its terms to the Order of the Hospital of Saint John of Jerusalem. In this time of constant attacks and frictions with the Kingdom of Granada, the population of Calasparra preferred to settle in some houses sheltered by the Castle, this being the origin of the current population center that grew around the west or west side of the castle. , building the Parish Church of San Pedro and next to it the public square with the Palacio del Comendador and the Council.

The town of Calasparra was the nucleus of influence of the Order of Saint John of Jerusalem in the Kingdom of Murcia, later turning Calasparra into an encomienda, to which was added the town of Archena and the pasture of Our Lady of Cortes, in Alcaraz. Between the years 1412 and 1414 the Order of Saint John of Jerusalem granted the Ordinance of Population and Distribution of houses and estates in Calasparra for fifty new settlers who wanted to establish their residence here. This is the origin of many of the current families of Calasparra whose surnames already appear in the aforementioned Population Ordinance. 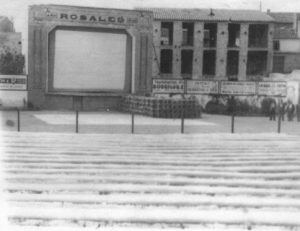 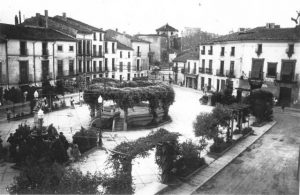 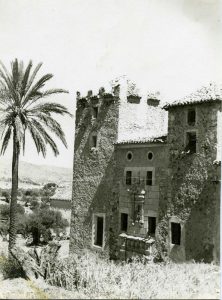 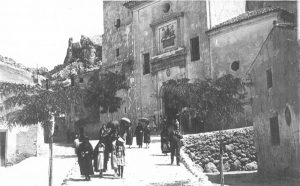 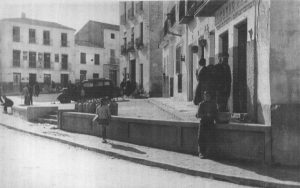 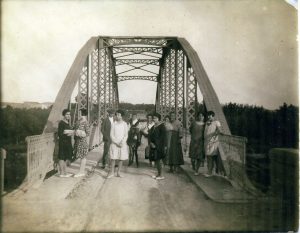 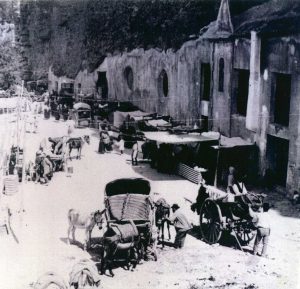